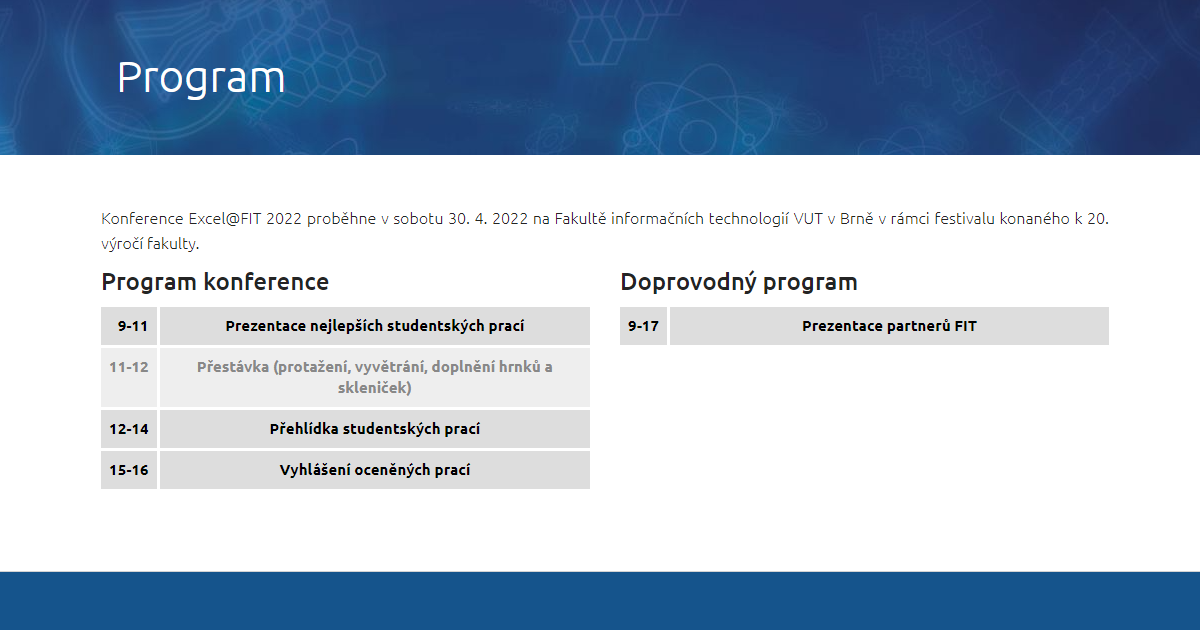 Neural solvers have been increasingly explored with the aim of replacing computationally expensive conventional numerical methods for solving PDEs. This work focuses on solving the time-independent Helmholtz equation for transcranial ultrasound therapy. Most of the popular methods for modeling physics systems are based on U-net. However, convolutional neural networks require the data to be sampled on a regular grid. In order to try to lift this restriction, we propose an iterative solver based on graph neural networks. Unlike Physics-informed neural networks, our model needs to be trained only once, and only a forward pass is required to obtain a new solution given input parameters. The model is trained using supervised learning, where the reference results are computed using the traditional solver k-Wave. Our results show the model’s unroll stability despite being trained with only 8 unroll iterations. Despite the model being trained on the data with a single source, it can predict wavefields with multiple sources and generalize to much larger computational domains. Our model can produce a prediction for sub-pixel points with higher accuracy than linear interpolation. 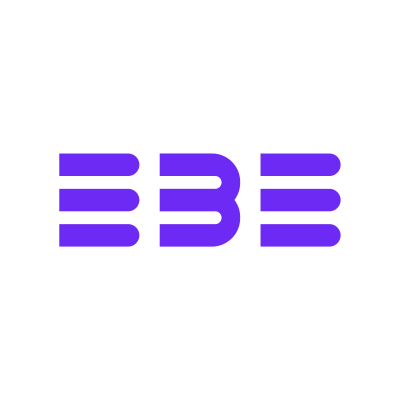 File editing is a big part of today's work for many people, but not everyone has programming skills or deep knowledge of editing tools to make their editing efficient and quick. This is exactly what Ebe is trying to solve. Ebe takes snippets of file edits done by the user and using genetic programming it finds the correct algorithm to transform the whole file or even multiple files into desired output. Ebe is currently in early version 0.3, but despite that Ebe already achieves some notable results and already contains some additional features for more skilled users to get the most out of it. Ebe is not only for non-programmers, since it can find some edits on its own within seconds, it is a great alternative to handwriting a script for such edits. Even though machine learning is the current hot topic, Ebe uses the approach of evolution -- genetic programming -- to find the solution, which makes Ebe quite a unique tool and this approach brings in some advantages such as low computational requirements and no need for internet communication with a cloud. 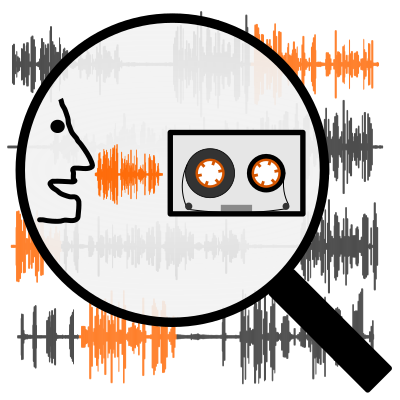 Detection of pre-recorded messages in speech

Detection of pre-recorded messages in speech

Recognition of pre-recorded messages in speech such as "This number is not reachable" is useful for any follow-up speech data mining. To investigate the identification of redundant information in audio, it is necessary to have a large amount of data with the exact phrases repeated multiple times. Such a set is generated by mixing pre-recorded messages into phone calls with variations in speed, volume and repetitions. The created system tackles “known messages” and “unknown messages” scenarios by using approaches like clustering or detection in chunks. Dynamic time warping, approximate string matching and recurrent quantification analysis are compared, and finally, all mentioned techniques are combined to obtain a precise and efficient system. 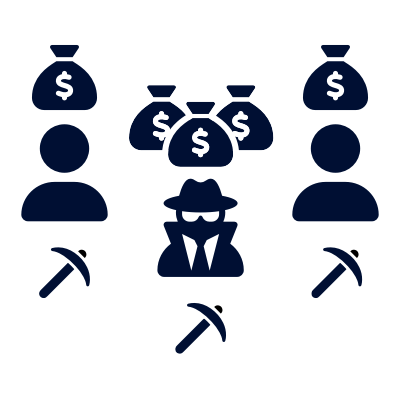 Simulator for Verifying the Properties of DAG-based Consensus Protocols

Simulator for Verifying the Properties of DAG-based Consensus Protocols

We study existing Directed Acyclic Graph (DAG) blockchain designs that propose to solve a blockchains throughput problem, especially protocols PHANTOM and its optimization GHOSTDAG. They utilize a Bitcoin protocol and propose a random transaction selection, resulting in increased transaction throughput. However, it has been proved by a simulation that actors that use the random transaction selection strategy have less profit than actors who do not follow the protocol and select transactions rationally (i.e., most profitable). That proof has been made on a small network of ten nodes with a circle topology. This article aims to extend, optimize, and automate an existing blockchain simulator. We implement a Bitcoin-like network topology with realistic block propagation latency. Furthermore, we optimize the simulator to run more simulations in parallel and faster, including automation tools that can create or edit input configurations, perform a combination of runs on multiple CPUs based on input parameters, and analyze profits and transaction collisions. Finally, we perform experiments to verify malicious actors' advantages in a Bitcoin-like network and create a payoff function to punish this behavior. 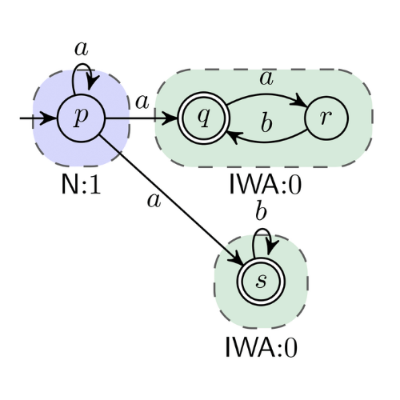 Büchi automata complementation is an important operation for decision procedures of some logics, proving termination of programs, or model checking of temporal properties. Due to the high space complexity of Büchi automata complementation, it is necessary to look for some optimizations reducing the size of generated state space for good performance in practice. In this paper, we identify elevator automata, a class of Büchi automata, which often occurs in practice. Thanks to their specific structure, we are able to reduce the bound on the maximum rank of states in each strongly connected component, which is one of the main causes of a state space blow-up in rank-based complementation. We compare these techniques, implemented as an extension of the tool Ranker, with other state-of-the-art tools and show that with these optimizations, rank-based complementation is competitive to other complementation approaches and can give better results on a large set of benchmarks. 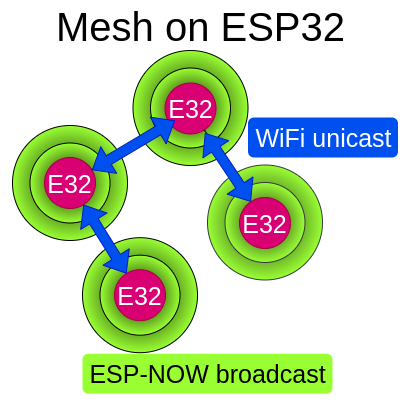 The aim of this project is to implement a mesh network protocol on ESP32 microchips in MicroPython. It mainly focuses on the functioning of mesh in two modes, with connection to the Internet and without it. This thesis was ordered by Espressif company for improving and discovering new ways of mesh networking. % The solution of this mesh network uses two network protocols. First, the ESP-NOW protocol offers low power consumption and doesn't need any network connection. The second is the common WiFi protocol which is used for data transmission. WiFi links are formed between ESP32 nodes and one of the nodes can even be connected to the Internet and offer a connection to the whole mesh. % With full functionality, the mesh will be light weighted and will connect multiple nodes. It is possible to run user applications like light control on ESP32 boards on top of the mesh using WiFi. With WiFi, it is possible to transfer big amount of data for applications. The work is still in progress. % In this project, there are used new innovations to ensure the formation of a structure in the mesh. The problem of how to select a root node in an environment without the WiFi Access Point (Router, AP) is presented. 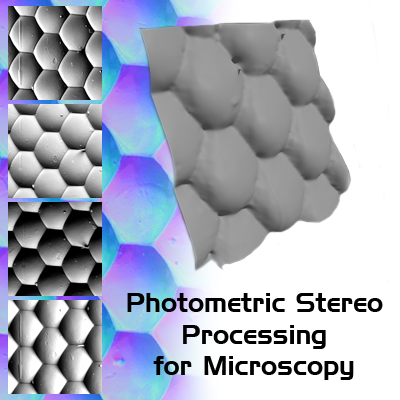 While scanning electron microscopes (SEM) provide an extraordinary spectrum of information about the specimens, they do not answer a few fundamental questions. How high? How deep? This paper aims to explore possibilities of topography reconstruction of microscopic samples, as well as to attempt to solve the task using tools already available on conventional scanning electron microscopes. The proposed solution uses images from a four-segment backscattered electrons detector as an input to the photometric stereo algorithm. This algorithm exploits the fact, that the brightness of the image point is dependent on the inclination of the sample surface. Reflectance maps are used to estimate the inclination in each pixel, creating a map of normal vectors. The map is then used for topography reconstruction. A novel technique for reflectance map estimation is proposed. This method is applied to tin samples to remove the sample’s atomic number effects. Solution evaluation was not yet performed. The fact that all data are acquired simultaneously allows for fast reconstruction. Usage of already available and widespread tools eliminate a need for specialized equipment such as Atomic Force Microscopes.